The European Alps stretch over an arch of more than 1,200 km from the Mediterranean coast to the Vienna Basin. Situated in the centre of Europe, the Alps are home to about 15 million people in eight countries and have great significance for Europe's identity, history and culture.

15,000 km2 of the Alp's total area of 200,000 km2 lie above the tree line and are therefore part of the Alpine altitudinal belt. Remarkable geological and climatic differences exist between the Pre-Alps, which are (with some exceptions) calcareous and relatively humid, and the Inner Alps, which are largely siliceous and relatively dry. This geological and climatic pattern explains the general distribution patterns of plant species in the Alps.

The total vascular plant flora of the Alps is around 4500 species of which an approximately 750-800 species are exclusively Alpine. Although the general species richness decreases with increasing elevation, the proportion of endemic species increases with altitude (~500 endemic species).

This project has led to the creation of the European Alpine Seed Conservation and Research Network. The network brings together partners from five plant science institutions housed at leading universities and botanic gardens across the Alps in Austria, France, Italy and Switzerland. The project aims to provide integrated conservation and research for alpine flora through: 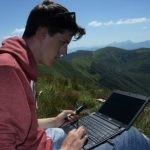 In alpine environments, seedling recruitment represents a major bottleneck in the life history of plants, affecting their evolution and distribution.

In this project, the impact of global warming on seed germination and seed longevity, of several species from different European Alpine regions, will be investigated to determine if, and to what extent, increases in temperatures affect their germinability. The study area will pool 4-5 Target Regions established by the project GLORIA (http://www.gloria.ac.at/index.html) to determine a list of target species more sensitive to climate warming. Seeds of these species will be used to investigate the relation between germination and population dynamics. 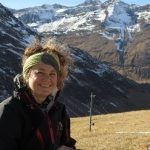 With upward migration of plants already recorded in alpine areas in response to increasing temperatures and decreasing precipitation, species with the phenotypic plasticity to adapt to these changes will have an advantage over those specialised to specific environments. In this project, effects of altitude, soil composition, presence of established species, and provenance of seeds of target species will be studied, to investigate the survival potential of a range of alpine species. The project includes experiments in the field along an altitudinal gradient, germination in growth chambers and common garden experiments, covering three major topics: 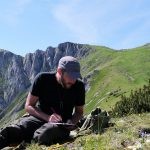 This research focuses on habitat preferences of vascular plant species with high conservation value in a changing environment in order to get a deeper insight of future threats of the endemic alpine flora and a better understanding of vegetation change processes in the Alpine belt. Field work in the Styrian Alps will gather species occurrence and habitat data, which together with environmental data (climate variables) and remotely sensed data (digital elevation model, land cover) will build the basis for the species distribution models. Calibrated for current conditions, the models will be used to predict the impact of environmental and climate change on species distributions.

Spatial and temporal diversity of alpine annual species in relation to global changes: a study of rock clover (Trifolium saxatile All.) populations in the French Alps

This project builds on previous work using this methodology at the Conservatoire botanique national alpin. The model species has a large number of genetic markers at the genus level, and seed samples from the same population collected in different years will be grown in common garden experiments at two sites with contrasting altitudes and substrates. The study will investigate:

Check out this fascinating short film about the project:

The project is funded by The David and Claudia Harding Foundation