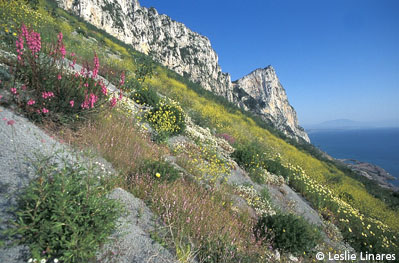 Gibraltar is a UK Overseas Territory located in continental Europe. It is situated at the most southern tip of the Iberian Peninsula and occupies a small area of 2.64 sq miles. Gibraltar's most iconic landmark is the "Rock of Gibraltar", a spectacular outcrop of Jurassic limestone. The upper reaches of the "Rock of Gibraltar" comprise a nature reserve which is the home of the famous Barbary Macaques. 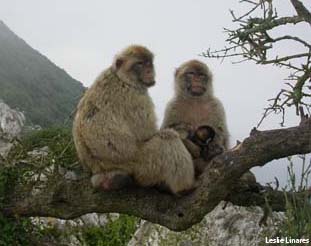 Like many Mediterranean areas, Gibraltar has a very rich vegetation which can survive very hot and dry summer and cool, wet winters. However, its geological characteristics with underlying limestone rock and alkaline soils contrast with the surroundings which are sandstone with acidic soil. The geology of the Rock is more similar to the North African side of the Strait than to Spain. The combination of all these factors creates an exceptional environment for plant diversity. In Gibraltar there are more than 600 plant species from 330 genera and 90 families. Of these, three plants are endemic to Gibraltar and found nowhere else. These are: Silene tomentosa, Cerastium gibraltaricum and Saxifraga globulifera var. gibraltarica. In addition to these endemics, there are other species that are native to North Africa and Gibraltar is the only place in Europe where they are found. These are Iberis gibraltarica and Thymus willdenowii. Limonium emarginatum is endemic to the coastal areas on either side of the Strait of Gibraltar, with extremely important populations on the Rock. 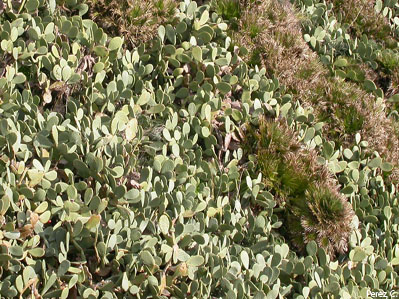 Threats to the native flora

With such a restricted surface area, the increase of built-up areas is one of the main threats to the native flora. Also, the decrease of management practices, such as the maintenance of some firebreaks within the nature reserve, puts at risk the continued existence of open ground and other important habitats for plants. 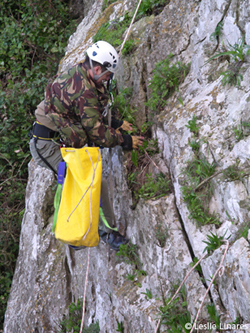 Some areas, and in particular important open habitats, are being invaded by non-native plant species, some of which have become a serious problem. Several non-native plants are threatening the native flora and raising serious concerns: Carpobrotus edulis (Hottentot fig) covers large areas of the eastern Sand Slopes and littoral areas; Pennisetum clandestinum occupies the northern end of the Windmill Hill Flats; Chasmanthe floribunda is spreading on some firebreaks and outcompetes other species with bulbs or corms; and the succulents Opuntia ficus-indica, Aeonium arboreum and Aeonium haworthii smother large areas of important cliff and rocky slope habitats.

The Upper Rock Nature Reserve is where many of the endemic and native plant species naturally occur. This nature reserve represents 40% of the land area in Gibraltar and has been protected by law since 1993. Within its boundaries it is completely forbidden to uproot any plants. Other important habitats that were excluded from the original designation are now protected under the EU Habitats Directive. The Gibraltar campion (Silene tomentosa) is probably one of the most important plants that occur in the Nature Reserve. This endemic species was re-discovered here in 1994 (it was previously thought to be extinct). Since then, a team from the Gibraltar Botanic Gardens has collected and kept seeds and grown adult individuals that were later reintroduced in the wild. The Gibraltar Botanic Gardens 'The Alameda' is setting up a living collection representative of Gibraltar and therefore contribute towards the conservation of the flora of Gibraltar. The 'Nature Protection Act' provides protection for a wide range of species, including the strictest protection for all plants endemic to Gibraltar, or for which the Rock forms an important component of its global distribution. 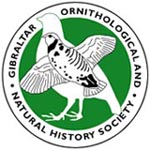 Kew collaborates with The Gibraltar Botanic Gardens and the Gibraltar Ornithological and Natural History Society (GONHS) on plant conservation activities. 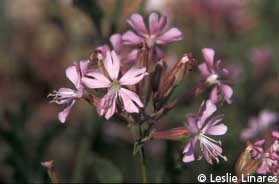 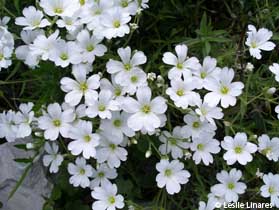 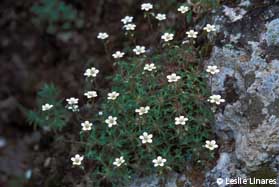 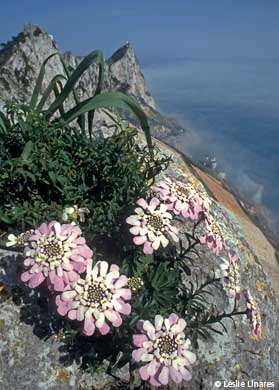 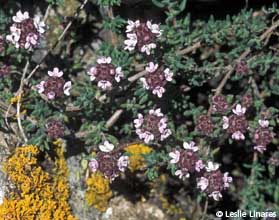 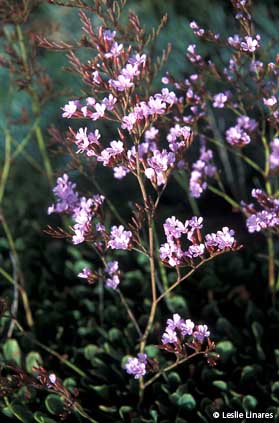