Situated 7º South of the equator and 1500 km from the coast of west Africa, the Island of Ascension was born circa one million years ago. There has been no recent volcanic activity, although some of the youngest lava flows may be less than 1000 years old. Ascension's volcanic past has produced a complex of rocks. Pale trachyte types predominate in the east, and form the dome of Green Mountain, the highest point on the island at 859 metres. Younger, red basaltic rocks cover most of the west, forming a stark lowland plain permeated by jagged black lava flows. The plain is dotted with at least 22 volcanic cones formed from rock particles ejected from secondary vents. There are virtually no sources of fresh water except for where moisture seeps through rocks on the upper slopes. The temperature is remarkably constant, ranging from a daytime average of 27º C at sea level in September to 30º C in January. Green Mountain receives 680mm of rain annually, and often accumulates cloud and mist. As little as 130mm falls in the lowlands, mostly in torrential downpours between March and May. For most of the year, the lowlands are therefore arid and desert-like.

Ascension is both very young and extremely isolated. In evolutionary terms its ecology is still in the early stages of development. Therefore, very few plant species have managed to colonize naturally, and even fewer have evolved into distinct species from their mainland relatives. In 1843, the eminent botanist Joseph Hooker visited the island and proposed that plantations of large trees should be established on Green Mountain to intercept humid air and increase rainfall, and that the lower slopes should also be 'greened' in order to prevent erosion. Over the next few years, seed from many different tropical plant species were sent out from RBG Kew. Goats, rabbits, sheep and donkeys also became established, with the result that the endemic flora was all but eradicated and replaced by a patchwork of vigorous, highly invasive species. Subsequent introductions have continued to modify the landscape of the lowland areas. From early accounts, it appears that the island was a very barren place, with most of the vegetation restricted to Green Mountain. Current knowledge and early records indicate there were at least 6 endemic species of ferns, two grasses and two small shrubs. Several plant species had also arrived, probably from Africa, and these were mostly restricted to the rocky lowlands. 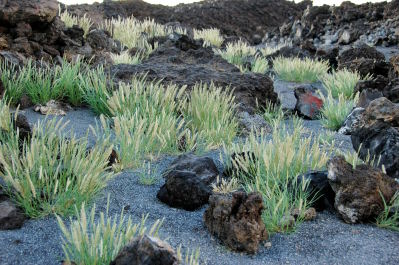 The lowlands would have been very bare and rocky. Only one endemic, the Ascension Island spurge (Euphorbia origainoides), is known from this zone, although species such as camel's-foot creeper (Ipomoea pes-caprae), purslane (Portulaca oleracea), hogweed (Commicarpus helenae) and Cyperus appendiculatus were also probably present. Once every 15-20 years, Ascension Island receives unusually heavy rains, and during these periods, a flush of vegetation may appear in the lowlands. Two grasses, Aristida ascensionis and Enneapogon cenchroides, are well adapted to respond to these conditions and their seed may lie dormant for many years. Both also occur in tropical Africa. Today, only the endemic Asplenium (Ascension Island spleenwort) is still relatively common. Four other endemics (Oldenlandia, Dryopteris, Anogramma and Sporobolus) are all thought to be extinct and the remaining species cling to rocky refuges inaccessible to sheep. The lowlands remain barren and inhospitable, although some common global weeds such as billy-goat weed (Ageratum conyziodes) have gained a foothold and may be very abundant in wetter years. As recently as the 1960s, Mexican thorn (Prosopis juliflora) began to spread in the lowland basin behind Georgetown, forming dense thickets in this part of the island. Green Mountain was originally covered with a carpet of ferns, composed of the endemics Marattia purpurascens, Pteris adscensionis, Anogramma ascensionis and Dryopteris ascensionis, and some globally widespread species, such as Christella dentata and Histiopteris incisa. Further endemics confined to rocky crevices included the ferns Asplenium ascensionis and Xiphopteris ascensionis and the tiny grass Sporobolus caesitosus. At lower altitudes, sparser patches of the fern communities would have persisted, joined by the endemic shrub Oldenlandia adscensionis and another grass, Sporobolus durus. Further native ferns may have included stagmoss (Psilotum nudum), adder's tongue (Ophioglossum vulgatum) and Nephrolepis hirsutula. 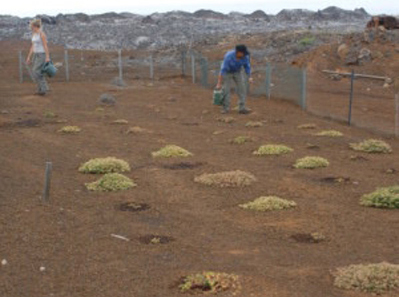 Below this zone are large, unbroken tracts of guava (Psidium guajava), yellowboy (Tecoma stans), seedwork acacia (Leucaena leucocephala), she-oak (Casuarina equisetifolia) and greasy grass (Melinis minutiflora). The vast scale of plant invasions on Ascension, together with the small size of the conservation department, mean that efforts to tackle the island's problems are restricted to a few key projects. Although a UK Overseas Territory, Ascension has no permanent population and the 800 inhabitants reside subject to possession of a work permit. All land is owned by the crown, and there are few stakeholders to invest in conservation. Green Mountain was declared a national park in 2005. Most current work here is focused on securing the survival of the remaining endemic species and restoring small pockets of native fern habitat. To ensure the long-term survival of these species, a more extensive programme is needed, creating several larger refuges where fern swards can be established free of competition and grazing. Since there was very little vegetation on Ascension before the colonisation process began, complete removal of invasive species is not practical as there would be no native species to replace them. In the future, conservation must focus on restricting further spread, managing existing populations to reduce their density, and optimising the desirable features of newly-created ecosystems.

Ascension is an exceptional example of a region modified by introduced species from widely differing parts of the world over a very short space of time. Understanding the development of the new ecosystems, and how to manage them effectively, is a considerable challenge.

Original text and images by Phil Lambdon; edited by Kew's UKOTs team
© Copyright Board of Trustees of the Royal Botanic Gardens, Kew 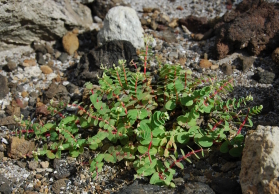 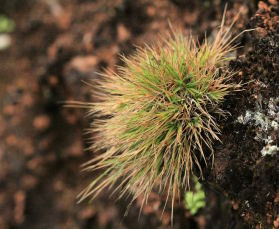 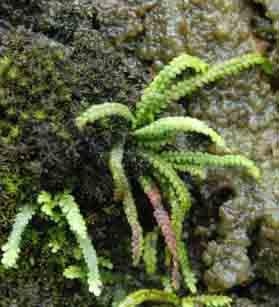 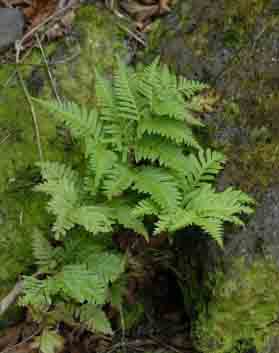 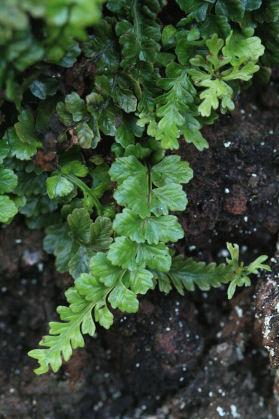 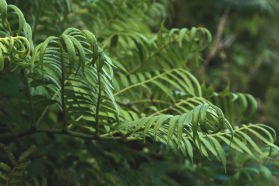