The British Antarctic Survey (BAS) Herbarium (herbarium code AAS) houses the largest single collection of plant, lichen and fungal specimens from Antarctic and sub-Antarctic regions in the world. It currently holds around 50000 specimens, the majority of which are mosses and lichens. This reflects the nature of the flora in these regions.

History of the herbarium 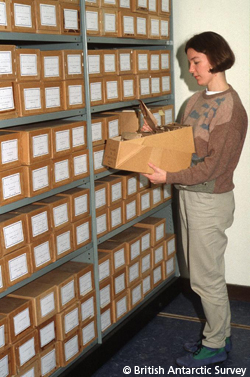 The BAS herbarium came into being in 1969 to hold the botanical collections made by the Falkland Islands Dependencies Survey (which was renamed the British Antarctic Survey in 1962) during the International Geophysical Year 1956-58 and numerous collections made in the 1960s. Initially it was housed at the University of Birmingham under the curatorship of Dr Stanley Greene. In 1975 the bryophyte collections were moved to the Institute of Terrestrial Ecology Bush Research Station in Edinburgh, as part of a new Bryophyte Project Group, whilst the remaining specimens, predominantly lichens, were housed at the British Antarctic Survey's new site in Cambridge. Finally in 1989, following the closure of the Bryophyte Project Group the collections were reunited at the British Antarctic Survey. Collections have been added since the Herbarium's formation and it now houses around 50000 specimens - approximately 24500 mosses, 6000 liverworts, 17500 lichens, 2000 flowering plants, 200 ferns and 300 fungi. With the establishment of a punch paper-tape database in 1970, the specimen records have been held in a computerised form since the very early days of the Herbarium. They are now held in an Oracle database and, along with specimen records of Antarctic specimens held in many other world herbaria, form the Antarctic Plant Database. The specimens have been used for a variety of taxonomic and scientific research projects and formed the basis for a variety of floras including:
* Greene S. W. (1964). The vascular flora of South Georgia. Scientific Report British Antarctic Survey No. 45.
* Øvstedal, D.O. & Lewis Smith, R.I. (2001). Lichens of Antarctica and South Georgia. A Guide to their Identification and Ecology. Cambridge University Press, Cambridge.
* Ochyra, R., Lewis Smith, R.I. & Bednarek-Ochyra, H. (2008). The illustrated moss flora of Antarctica. Cambridge University Press, Cambridge.
* Bednarek-Ochyra, H., Vána, J., Ochyra, R. & Lewis Smith, R.I. (2000). The liverwort flora of Antarctica. Polish Academy of Sciences, Institute of Botany, Cracow.

The Antarctic and Sub-Antarctic regions Flora

The Antarctic flora is dominated by mosses (111 species) and lichens (c. 400 species), with only two species of native flowering plants, the Antarctic hair grass (Deschampsia antarctica) and Antarctic pearlwort (Colobanthus quitensis), found south of 60°S. These are mainly found on the west side of the Antarctic Peninsula and nearby island groups such as the South Shetland Islands, South Orkney Islands and South Sandwich Islands. They were recently discovered to occur as far south as Alexander Island when populations of both species were found at a site on the north west of the Island at 69.37°S, 71.85°W. The sub-Antarctic islands are typically covered in vegetation dominated by large rosette-forming herbaceous plants, tall grasses and mat-forming herbs, but the diversity of flowering plant species and ferns is still very low, with for example, 25 vascular plant species native to South Georgia, 22 to Marion Island and c. 50 to Macquarie Island. 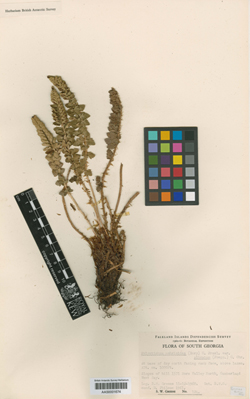 In 2009 the British Antarctic Survey and South Georgia Heritage Trust provided funds for the digitisation of all of the BAS herbarium vascular plant specimens by Kew. The images and specimen data are all available via this page and some, such as the South Georgia specimens, form part of the UKOTs Online Herbarium. Approximately 2000 specimens have been digitised comprising: 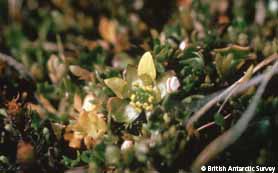 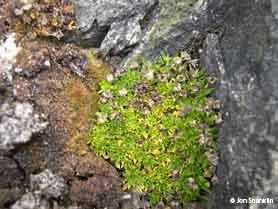 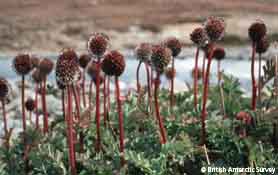 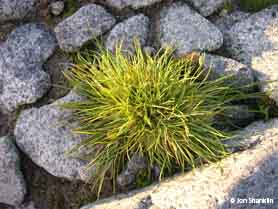