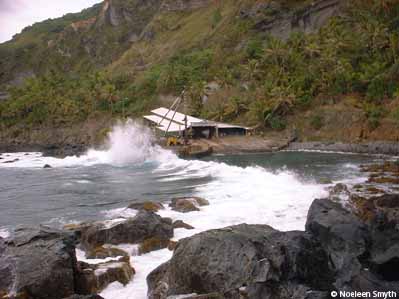 Pitcairn, Henderson, Ducie and Oeno are four remote islands which form the Pitcairn Islands group. This UK Overseas Territory comprises a total area of only 43km² and it is situated in the South Pacific Ocean, half way between New Zealand and South America. Pitcairn Island is the only inhabited island in the group and well known for being the home of the descendents of the sailors who took part in the famous mutiny on HMS Bounty in 1789. Henderson is the largest island and was designated a World Heritage Site by Unesco in 1998.

The Flora of the Pitcairn Islands

The limited range of suitable habitats for plants explains the low plant richness of Ducie and Oeno. Ducie has three native plant species whilst there are 18 on the slightly larger island of Oeno. No endemic plants grow on these coral atolls. In contrast, the islands of Henderson and Pitcairn have a much larger number of native and endemic plant species.

Henderson Island is a raised atoll and is arguably the most botanically interesting of these islands. It supports the most intact flora which has suffered little disturbance (no humans live on Henderson) and contains almost no exotic plant species. A total of 55 native plant species grow on Henderson, of which nine are endemic.

Pitcairn Island is a small volcanic island raised to 330m above sea level. It has a greater variety of ecological niches, so plant species here are much more diverse. Pitcairn has 81 native species, of which nine are endemic. Two of these are now unfortunately extinct in the wild - one species of Myrsine (Myrsinaceae) and Abutilon pitcairnense (Malvaceae). However, due to conservation efforts, both of these species have been propagated and are in ex situ cultivation. Abutilon pitcairnense seed is also in long term storage in Kew's Millennium Seed Bank. 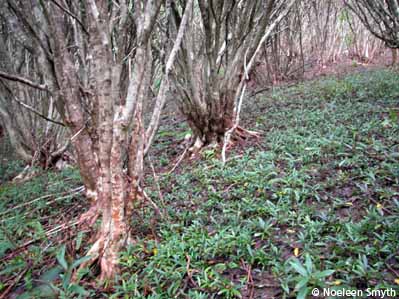 Threats to the native vegetation

Several factors pose threats to the native vegetation of the Pitcairn Islands. Some of the native species occur in very limited numbers, confined to small areas of suitable habitats. In some cases, the natural habitat is being lost to development (human pressure) and due to heavy soil erosion. The main risk to these plants, however, is the one posed by the spread of exotic species, mainly on Pitcairn Island. There are approximately 250 species on this island that have been introduced from other parts of the world and they compete with native species for habitat. Lantana camara and Syzygium jambos are two naturalized species recognized as invasive. Syzygium jambos, known locally as rose apple, was originally brought to the island for fuel wood. However, because of its aggressive growth and the decline in the number of people on the island harvesting it for fuel, as imported gas has become the fuel of choice, the plants have become very large. Their branches spread laterally, forming a dense canopy and stopping many native species from regenerating.

Protecting native plants and their habitats has been recognized as a priority for the Pitcairn Islands by its local government. In 1997 a conservation officer was appointed with the main aim to build a native species nursery. This was completed in 2003 with permission from the island council. Since then native species have been propagated and re-introduced to Pitcairn Island. Cuttings of the endemic Abutilon pitcairnense were brought to plant nurseries in Ireland (National Botanic Gardens Glasnevin and Trinity College Dublin) and later to Kew. These plants have flowered and set seed - they are thriving in cultivation. 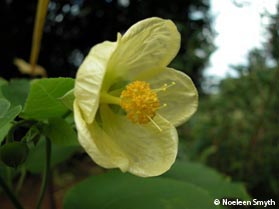 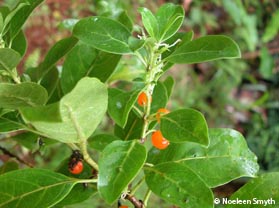 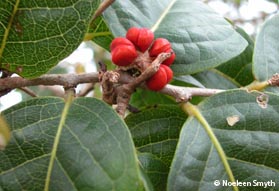 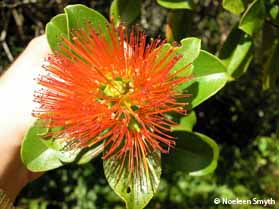