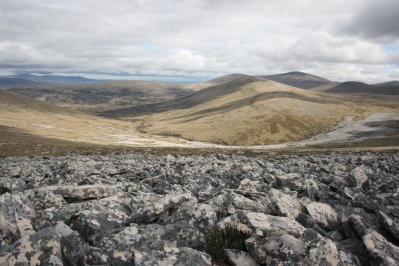 Situated in the South Atlantic, some 500 km from mainland South America, the Falkland Islands are a remote archipelago formed from two larger islands (East and West Falkland) and over 700 smaller islands. The islands cover a total area of approximately 12,200 km2 and experience a cool temperate oceanic climate that is characterised by its lack of extremes. Temperatures are never high but are maintained at a moderate level with a mean for January of 9.4 ºC and a mean for July of 2.2 ºC. Rainfall is low. A mean annual precipitation of 640 mm was recorded at Stanley on the east of East Falkland during the period 1944-1978.

The topography of the Islands is generally hilly, with the highest point being Mt. Usborne on East Falkland, which stands at 705 m above sea level. The archipelago is almost entirely composed of Palaeozoic and Mesozoic sediments. Soil typically comprises a shallow peaty horizon over a silty-clay sub-soil. Mineral soils arise where sites have become eroded, such as mountaintops and in coastal areas. Soil pH ranges between 4.1 to 5.0. 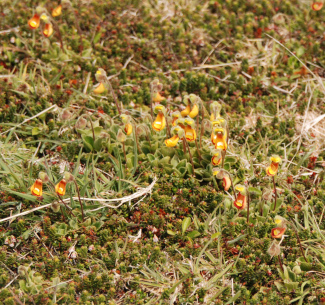 Most of the Falkland Islands are covered by acid grasslands (dominated by white grass Cortaderia pilosa (Poaceae)) and dwarf shrub heath (dominated by diddle-dee Empetrum rubrum (Ericaceae)). Cortaderia pilosa -dominated acid grassland can develop on most non-swampy ground and is widespread on ground below 100 m as well as being common on gentler slopes up to c. 200 m above sea level. Dwarf shrub heath communities form on comparatively dry ground, most developed on rocky ridges or other places where the immediate subsoil is relatively coarse and so free-draining. Empetrum rubrum is usually the dominant species however Christmas bush Baccharis magellanica (Asteraceae) and Gaultheria species can also be locally dominant or co-dominant as can the cushion-forming Balsam bog Bolax gummifera (Apiaceae). Three of the globally threatened endemics Erigeron incertus, G. antarctica and the cushion-forming P. moorei appear to be predominantly if not entirely restricted to Empetrum rubrum dwarf shrub heath. 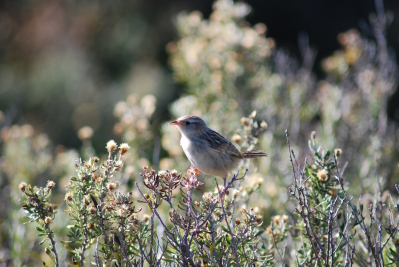 The Falkland Islands lack an indigenous tree cover, however, native scrub habitats, dominated by Fachine Chiliotrichum diffusum (Asteraceae) or native boxwood Hebe elliptica (Scrophulariaceae) do occur. Fachine scrub forms in reasonably drained mesic environments, with denser stands often forming an association with small fern Blechnum penna-marina (Blechnaceae) and Gunnera magellanica as the main ground cover. Fachine scrub has been found to grow in association with the endemic Hamadryas argentea at three sites and with the endemic Nassauvia serpens at four sites. At one site Fachine also forms an association with the scarce Coral Fern, Gleichenia cryptocarpa. Native Boxwood scrub appears to be restricted to the western and northern coasts of West Falkland. There are very few sites across the islands which include significant stands of native scrub areas. Non-native scrub habitats can also be found on the Falklands, formed from introduced gorse Ulex europaeus (Fabaceae) or calafate Berberis buxifolia (Berberidaceae). Large areas of the Falklands are covered in stone-runs which form dramatic patterns across the landscape. The endemic Snake Plant, Nassauvia serpens and an array of fern species, including several delicate filmy ferns (e.g. the Falkland filmy-fern Hymenophyllum falklandicum and the twisted filmy-fern Hymenophyllum tortuosum) as well as the sculptural near endemic Polystichum mohrioides can be found growing within areas of inland rock. 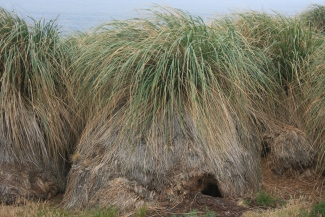 Threats to the Flora of the Falkland Islands

23 species are currently recognised as nationally threatened, five of which (all endemics), are also considered globally threatened. The present Red List, however, is incomplete and is in need of revision as large areas of the Falklands still remain un-surveyed and some records lack detailed population data or may now be out of date.

There are several key factors which threaten the Falkland Island native flora:

Original text and images by Dr Rebecca Upson; revised and edited by Kew's UKOTs team
© Copyright Board of Trustees of the Royal Botanic Gardens, Kew 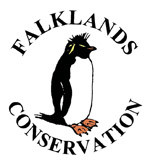 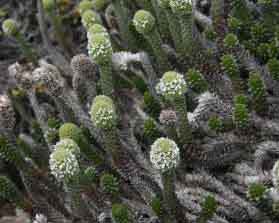 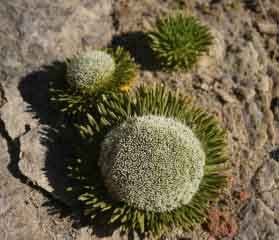 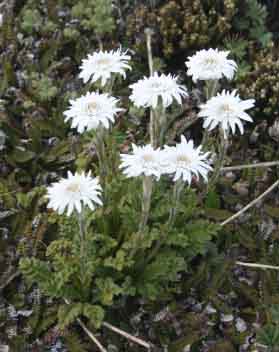 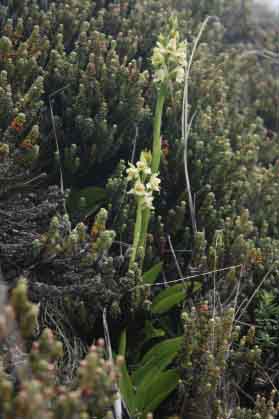 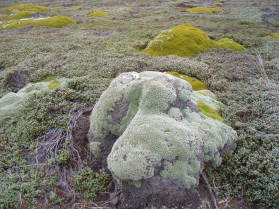 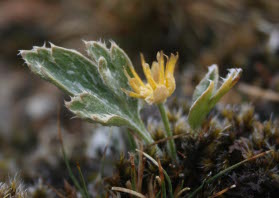