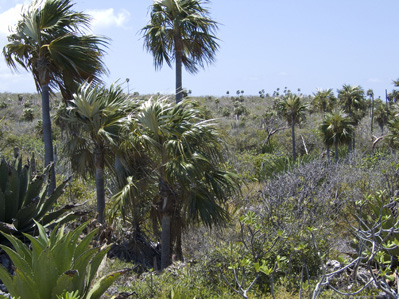 The Cayman Islands are located in the western Caribbean and comprise the islands of Grand Cayman, Cayman Brac, and Little Cayman. They are situated 240 km south of Cuba and 268 km north west of Jamaica. The islands form emergent peaks of a partially submerged mountain range which extends from southeast Cuba across the northwest Caribbean to the Gulf of Honduras. The highest point on the Cayman Islands is The Bluff, a limestone outcrop rising to 43 m on the eastern end of Cayman Brac. The Caymans' landscape is composed mostly of low-lying limestone and dolostone rocks, derived from ancient seabed sediments. The Cayman Islands have a tropical climate, with a wet season of warm, rainy summers (May to October) and a dry season of relatively cool winters (November to April). Annual rainfall averages between 1049 mm and 1595 mm. 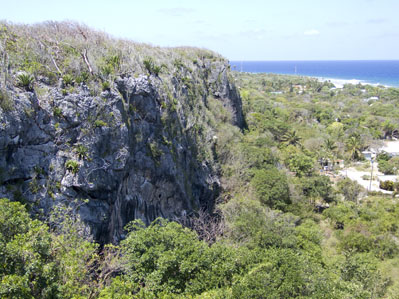 Historically, the vegetation of the Cayman Islands were covered in a mosaic of dry forest, dry scrublands, seasonally flooded wetlands and extensive mangroves. This vegetation still exists today but is fragmented, modified and frequently degraded. Dry forest ranges in height from 4.5 to 16 m depending on species composition and water availability. Dry scrubland with a maximum canopy of 4 m occupies the eastern side of all three islands where there is little rainfall. Growing along the 'ironshore' coastal areas, the scrub becomes dwarfed and lower in diversity. However, this differs from the specialised coastal scrub that exists on seaward areas. Wetlands dominated by Black, White, and Red Mangrove occur around sheltered coastal areas with Buttonwood growing in less saline conditions inland.

There are 415 species and varieties native to the Cayman Islands. Of these, 21 species of higher plants are known to be endemic with a further eight species representing endemic Caymanian varieties. 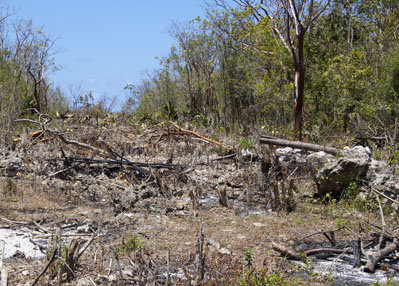 The most serious threat to Caymanian plant-diversity is the destruction of habitat on which species and their habitats ultimately depend. Large scale deforestation appears to be accelerating and other unsustainable forms of human activity and land uses, such as housing, roads and golf courses, continue to displace native biodiversity. As a result, 46% of Cayman Islands' native plants are now threatened with extinction. If measures are not taken, recent estimates indicate that complete deforestation will have occurred in all three islands by the end of the century. 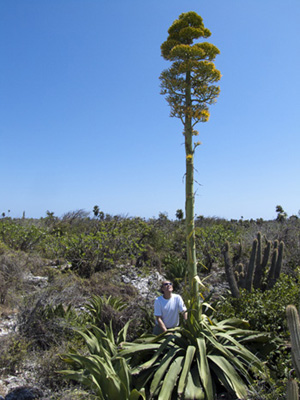 Combined with loss of habitat and invasion by non-native species, global climate change is increasingly becoming a real threat. Modifications to temperature and rainfall, sea level rise and an increase in severe whether events, such as hurricanes, could lead to more species being listed as critically endangered or even extinct.

A full plant species red list assessment has been completed for all of the Cayman Islands. Of the 415 taxa assessed using 2001 IUCN Red Listing criteria, a total of 46% are endangered, this includes 20% as Critically Endangered, 15% Endangered and 11% Vulnerable. The Red List was funded through a grant from the the British Government's Overseas Territories Environment Programme (OTEP) to the Cayman Islands Department of Environment (OTEP: CAY-001, Red-List Assessment of Cayman Islands' native flora for legislation and conservation planning) and published by RBG, Kew. 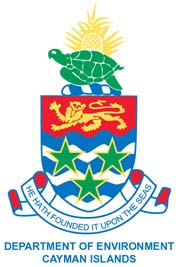 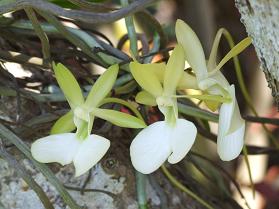 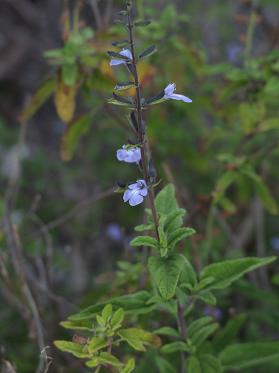 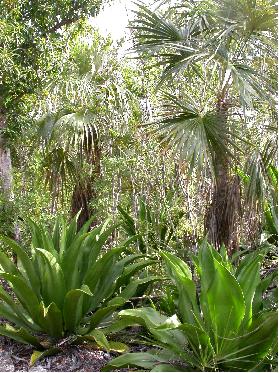 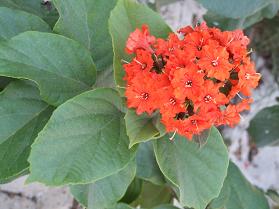 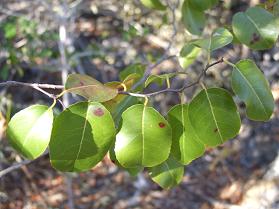 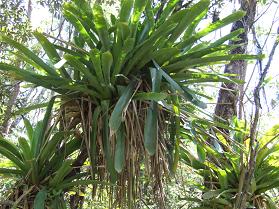